I had the hardest time deciding what to name this post. There are so many tasty ingredients in this salad. With all the wonderful flavors blending and contrasting with each other, it was difficult choosing which ingredients to highlight. Though I chose beets, avocados, edamame, and blood oranges for the title, it doesn’t mean that the mint, cilantro, and red onions should be ignored. And who can overlook those colors? Tossing the red onions with the beets and vinaigrette made them turn a beautiful hot pink color! Even the kitchen scraps of beet peels, orange rinds, and beet stalks were gorgeous. 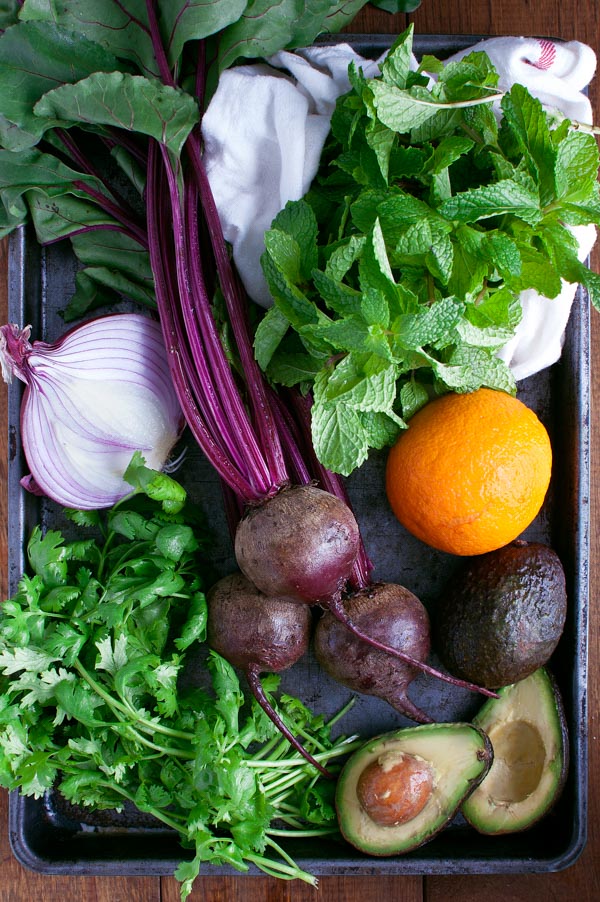 This salad was sparked by my husband who came home from the farmer’s market last weekend with two big bunches of beets. Normally, I would have just roasted the beets with some olive oil, salt and pepper. However, since we had so many beets this time, I decided to get more creative especially after seeing how creative one can get with beets at last week’s farm dinner. I’ve been admiring Yotam Ottolenghi’s cookbook, Plenty, at the bookstore for awhile now and really wanted to try one of his recipes. And I wasn’t going to let the small problem of not actually owning his cookbook stop me. Fortunately, Mr. Ottolenghi writes a regular column for a London newspaper and I was able to find his beetroot salad recipe on-line. I made several modifications though. Most notably, I added the blood oranges which I spotted at my grocery store earlier this week. Their color was right in line with the rest of the ingredients and they added just the right amount of sweetness to the salad. You can replace the blood oranges with navel oranges but the flavor won’t be quite as intense. 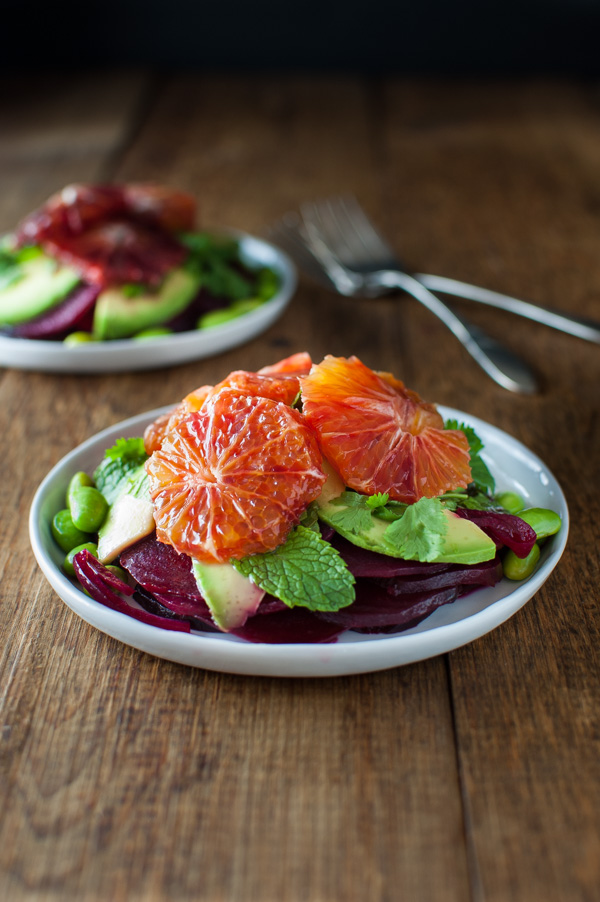 Like most salads, I consider the amounts listed in the recipe to be more guideline than gospel. You should adjust them to your own preferences. If this salad doesn’t keep the winter doldrums at bay, nothing will.

For slicing the beets, use a mandolin if you have one. It’s the fastest and easiest way to get thin, consistent slices.